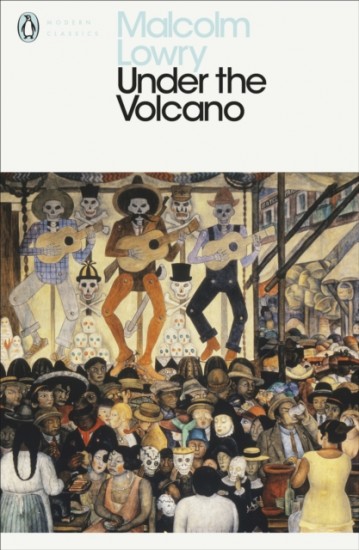 One of the twentieth century's great undisputed masterpieces, Malcolm Lowry's Under the Volcano includes an introduction by Michael Schmidt in Penguin Modern Classics. It is the fiesta 'Day of the Dead' in the small Mexican town of Quauhnahuac. In the shadow of the volcano, ragged children beg coins to buy skulls made of chocolate, ugly pariah dogs roam the streets and Geoffrey Firmin - ex-consul, ex-husband, an alcoholic and a ruined man - is living out the last day of his life.

Drowning himself in mescal while his former wife and half-brother look on, powerless to help him, the consul has become an enduring tragic figure. As the day wears on, it becomes apparent that Geoffrey must die. It is his only escape from a world he cannot understand.

His story, the image of one man's agonised journey towards Calvary, became a prophetic book for a whole generation. Malcolm Lowry (1909-1957) was born and died in England. Between school and studying English at St Catherine's College, Cambridge he spent five months at sea as a deckhand, an experience which gave him the material for his first novel, Ultramarine (1933).

After marrying in Paris, he moved to New York where he completed In Ballast to the White (1936). Under The Volcano was begun in Hollywood, coloured by a short stay in the Mexico that it describes, and eventually finished in Dollarton, British Columbia. If you enjoyed Under the Volcano, you might like F.

Scott Fitzgerald's The Beautiful and the Damned, also available in Penguin Classics. 'A Faustian masterpiece'Anthony Burgess